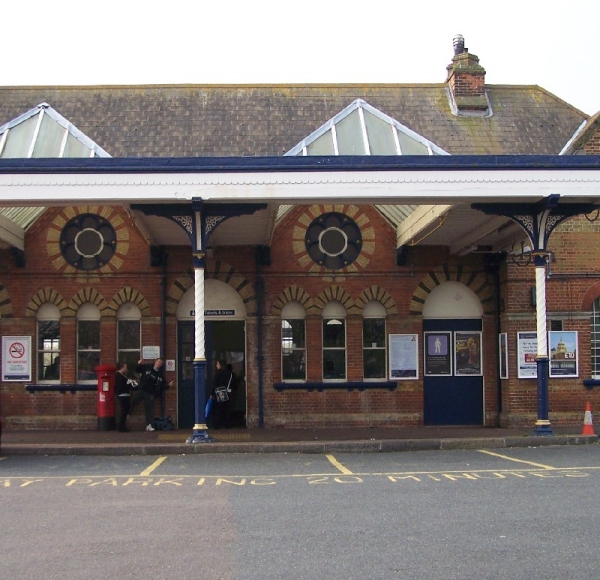 Constructed by the Herne Bay and Faversham Railway Company, the station originally opened as "Herne Bay and Hampton-on-Sea" as the terminus of a line from Faversham which was eventually extended to Ramsgate on 5 October 1865.

The line was worked by the London, Chatham and Dover Railway which acquired the Herne Bay Company in 1871.

Goods facilities at the station were limited, consisting of two sidings on the Down side, a goods shed and two loading docks. In 1902 coal sidings were added to the Up side, followed by a private siding to the local gasworks.

The buildings on the Down platform are all that remain of the original station building, as the Up side was reconstructed by the Southern Railway in 1926 as part of its plan to modernise the Thanet Lines.

Electrification took place on 15 June 1959 and the old semaphore signals were replaced by coloured lights. General goods traffic ceased on 16 October 1965, with coal deliveries continuing until 1968.