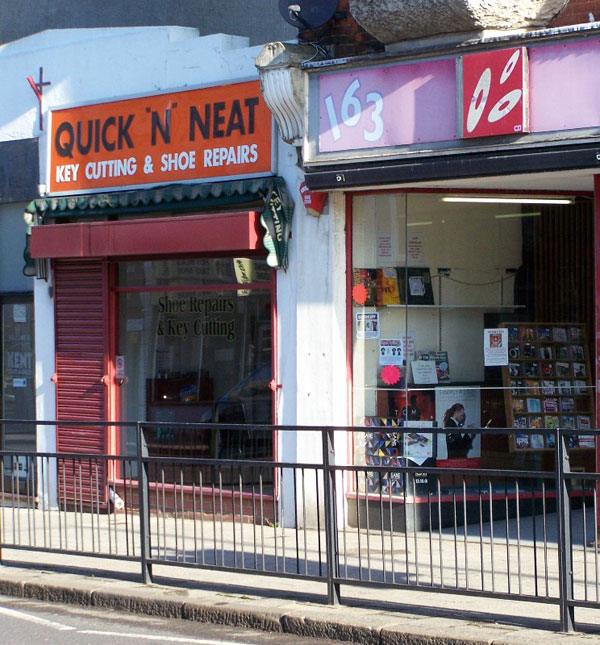 In 1912, George Joseph Smith, alias Henry Williams, brought his new bride Bessie Mundy to live in Herne Bay for the express purpose of obtaining her monetary legacy, whether by fair means or foul. As history shows, it was the latter. They set up house in the first instance in Kingsbury Villas, Kings Road, but as part of his plan to obtain her money he took a better residence at No 80 the High Street.

The subsequent renumbering of the High Street makes it now No 159. The property was without a bathroom so he had a temporary bath installed in a spare room upstairs, which he purchased from Adolphus Hill, an iron mongers in the High Street, for 37 shillings and six pence (187 and a halfpence)., which was never paid.
He next convinced both his wife and Dr French that his wife suffered from fits that rendered her unconscious, before pulling her under the bath water by her ankles – and saying her death was caused by a fit.
Having obtained the £2,500 of her legacy, he then headed off north, marrying Alice Burnham, then Margaret Lofty. He insured them, put around the “fits” story, then “bath” murdered both of them. It wasn’t until the father of Alice Burnham saw an article in the News of the World about Margaret Lofty’s death that he put two and two together and informed the police of his suspicions. Smith (Williams) was arrested and tried at the Old Bailey for the murder of Bessie Mundy. He was hanged at Maidstone prison on in August 1915.